Podcast on Christianity and Music, Including Patriotic Music 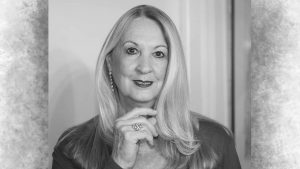 Music has been great influenced by Christianity through the centuries. In America, there is a great deal of patriotic music—in and out of the church. “The Battle Hymn of the Republic,” is, after all, a hymn. “America the Beautiful” is also a hymn. An accomplished musician with many published books and piano recordings is pianist Gail Smith. She also knows a great deal about women composers, who are often overlooked, such as Amy Beach, the first American woman to write a symphony. One of Amy Beach’s compositions was on the Ten Commandments. Gail Smith joins Jerry Newcombe to discuss Christianity and music, including patriotic music. www.gailsmithpianist.com

Back to allPosts
Podcast with Gary DeMar on Christian Worldview and Old Films, Including Patriotic Ones « Read More Podcast with Heritage Foundation Writer on Free and Fair Elections Read More »