Podcast with ADF Attorney on Religious Liberty and Corporations 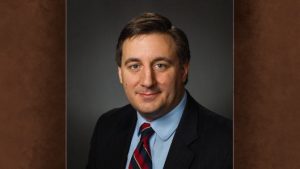 America was founded initially for religious liberty, but now even corporations are often undermining our first liberty listed in the Bill of Rights. Here’s an example: As a company, Walt Disney was built on traditional family values. For decades, the whole Walt Disney enterprise, movies and theme parks promoted wholesomeness. But alas not so much these days. Interestingly, because they went so woke in recent times, the previous CEO was sacked and they brought back former CEO Bob Iger. The Alliance Defending Freedom, a religious liberty legal group founded by D. James Kennedy, Bill Bright, James Dobson, and others, wants to see Mr. Iger make good on his promise to have Disney go less woke. Jeremy Tedesco is Senior Counsel for ADF. Jeremy Tedesco joins Jerry Newcombe to discuss corporations and religious liberty. Note: ADF maintains that…