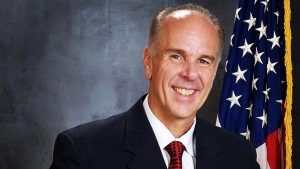 One of the great legacies of the founding fathers of America, such as George Washington, the father of our country, is the safe haven provided here for people of all religions, including Jews. Washington even wrote classic letters to 3 synagogues saying in effect, here in America, there will be no sanction for bigotry, including anti-Semitism. Of course, the worst example historically of anti-Semitism would be the holocaust. There’s a new book by author Johnny Teague. It’s called The Lost Diary of Anne Frank. He calls it “A Historical Novel.” Here’s what the book jacked says about this book: “The Lost Diary of Anne Frank picks up where her original journal left off, taking the reader on a credible journey through the tragic final months of her life, faithfully adhering to her own, very personal diary format in the process.” Johnny Teague joins Jerry Newcombe to discuss Anne Frank and this new book based on meticulous research.