Podcast with Dan Fisher on Ministers and America’s Founding 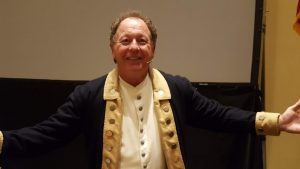 Topic: Did Ministers Play a Key Role in America’s Founding?

Rev. Dan Fisher, a pastor and the author of Bringing Back the Black Robed Regiment, once said this: “The pastors in revolutionary America in the eighteenth century were critical to the effort to secure liberty in the colonies. They were the ones who found all the principles in Scripture that they had been preaching for years about just government and unjust government and tyranny and all these issues. They’d been preaching these issues for years in their pulpits. Many of them were involved in government.” Rev. Dan Fisher joins Jerry Newcombe to discuss the key role of ministers in early America. www.danfisherbrr.com