Podcast on the Battle Over American History 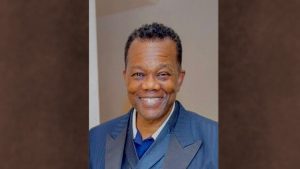 Topic: The Battle Over U.S. History.

Does U.S. history matter? My good friend Bill Federer once said that a nation that does not remember its history is like an adult that has lost his memory—like an Alzheimer’s patient. A lot of people treat the teaching of history as if it’s just a bunch of boring information of names and dates. But a nation that doesn’t know its past doesn’t know its present, and doesn’t know where it’s headed in the future. Unfortunately, there has been a lot of rewriting of American history lately and God has been erased from the history books. The woke movement in America is rewriting our history and turning our young people into haters of this nation. Kevin McGary, author of the book WokedUp!, which is critical of the woke movement, is also the president and co-founder of Every Black Life Matters and chairman of the California chapter of the Frederick Douglass Foundation. Kevin McGary joins Jerry Newcombe to discuss the battle over U.S. History. www.everyblm.com

Back to allPosts
Sacrifices for Independence « Read More Podcast with Dr. Craig A. Evans on the Jewish Backdrop of the Gospels Read More »