Podcast with Dr. Craig A. Evans on the Jewish Backdrop of the Gospels 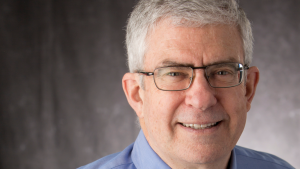 Topic: The Jewish Roots of the Gospels.

The founding fathers knew the Bible. The Bible was extraordinarily important during the settling and founding eras of the United States. It’s important to understand the Jewish backdrop in our Judeo-Christian heritage. Dr. Craig Evans of Houston Baptist University writes, “According to the Gospels, Jesus was very much a Jewish man of His day and yet unlike anyone who ever lived.” He also notes, “Fulfillment of Scripture in the Gospel of John is very much focused on Jesus’ rejection, suffering, and death by crucifixion.” Dr. Evans, a notable New Testament scholar, has helped co-edit a new book with Dr. David Mishkin, entitled A Handbooks of the Jewish Roots of the Gospels (2022). This work supplements a previous volume these two scholars compiled in 2019. That one was called A Handbook on the Jewish Roots of the Christian Faith. Dr. Craig A. Evans joins Jerry Newcombe on Vocal Point to discuss the Jewishness of Jesus and the Gospels.