Podcast with Rabbi Daniel Lapin on the Need for American Renewal 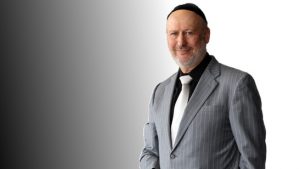 Is there any hope for America? We’ve gone from the vision of a “city on a hill” to a secular wasteland in about 200 years. America was founded for religious freedom, yet religious freedom is in danger. There’s a great deal of violence in the land. Furthermore, after almost 50 years of hard work by pro-lifers, the infamous pro-abortion decision “Roe v. Wade” was overturned. Yet many conservatives are being treated like Joab’s army in 2 Samuel after their victory over Absalom—-they slinked back to King David’s headquarters as if they had lost, instead of having won. Is there any hope for America? One man working for American renewal is Rabbi Daniel Lapin, founder and president of the American Alliance of Jews and Christians. Rabbi Daniel Lapin joins Jerry Newcombe to discuss American renewal. www.rabbidaniellapin.com

Back to allPosts
Podcast with Dr. Craig A. Evans on the Jewish Backdrop of the Gospels « Read More The Right-to-Life Versus Climate Alarmist Extremists Read More »